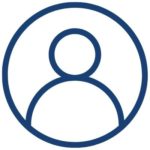 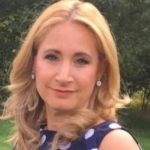 Jennifer Agran is the CEO and Founder of Addition Management. 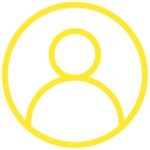 Scott is driven by creating unique, personal and impactful experiences that bring out the best in everyone; by being “of service” he wants to make sure that each person feels comfortable and respected.

He is a hospitality operations leader with 10 years’ experience in leading business development, optimizing financial results, and building teams.

When Scott is not working, he is passionate about giving back to the community that has given so much to him. He is currently Chair of the Marketing and PR Committee. Scott is also a founding member of the NextGen Giving Circle that has donated over $75,000 over the past three years to local charities. 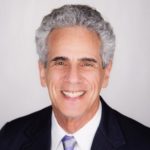 Gil Gordon is retired from Gil Gordon Associates in Monmouth Junction, a management consulting firm specializing in telecommuting/telework and other alternative work arrangements, and in strategic employee retention.

He has been extensively involved with nonprofits in greater Mercer County for more than twenty-five years as a volunteer and leader. His volunteer positions have included construction worker and interim construction supervisor at Habitat for Humanity in Trenton, former board member and board chair of VolunteerConnect, board member and president at The Jewish Center in Princeton, board member with Jewish Family and Children’s Service and a member of the “Chore Corps” for its Secure@Home program that enables seniors to age in place.

He is a volunteer and board member at Princeton Cornerstone Community Kitchen his newest venture there is the Princeton Period Project to help girls and women in low-income households get a reliable supply of feminine hygiene products they need.

Alison has been a Board Member since 2018. Alison currently works as the Administrator and Executive Assistant and The Laurel School of Princeton, a school for children with Dyslexia and other language based learning disability. In her prior life, Alison practiced law in New York and was the Law Secretary for the Honorable James P. Dollard in the Supreme Court, Queens County for 10 years. Alison lives in Pennington with her husband, two children and her dog Leo.

Pazit Kaplan is a Supervising Senior Accountant with Mercadien, P.C., Certified Public Accountants, and a member of the firm’s Compliance Oversight Services Group. She specializes in working for the New Jersey Division of Medical Assistance & Health Services (DMAHS) to provide the post payment inspections and monitoring for the New Jersey Medicaid Promoting Interoperability Program. Pazit has experience performing financial statement audits and tests of internal controls for various government entities.

Ms. Kaplan joined Mercadien in 2011, after successful completion of audit and tax internships with the firm in the prior year. Her previous employment experience includes tax return preparation and sales account and department management in the public and retail sectors. 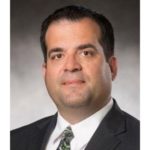 Joe has been actively involved with JFCS for many years and particularly enjoys chaperoning his children’s JCYF trips to New York City. Joe also serves on the United Way, Strike Out Hunger Committee and recently has supported the Mercer Street Friends efforts to combat hunger during the COVID-19 pandemic.

Joe is a member of Beth El Synagogue, where he previously served on the Board of Directors.

Joe has been an active member of the Rutgers University alumni community for two decades. He served on the board of directors and was Chair of the The Rutgers University Alumni Association (RUAA); he served on the Board and was President of the Rutgers Touchdown Club; and is the Chair of the Development Board for the Rutgers Center for the Study of Genocide and Human Rights. For his efforts, in 2009, he was honored by the RUAA with the Block R Award, and he was named a Rutgers Alumni Association Loyal Son of Rutgers in 2013.

Lemkin is a shareholder at Stark & Stark and a member of its Bankruptcy and Creditors’ Rights Group.

Jeremy Perlman is a Vice President at Borden Perlman, and part of the fourth generation of family leadership at the firm. He and his team focus on working with large privately held businesses to lower total cost of risk, improve operational and financial performance, and create a culture of safety and risk management.

Jeremy serves on the Board of Directors of the Princeton Mercer Regional Chamber, Jewish Family & Children’s Service of Greater Mercer County, and Penn Hillel. He is also the founder of the NextGen Giving Circle, a charitable initiative focused on supporting local non-profit organizations and developing the next generation of philanthropic leaders in the Greater Mercer County region. The giving circle has more than 25 active members, and has given out over $40,000 since inception in 2017.